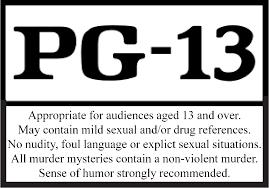 There are just too many arguments in favor and against this topic, no wonder Zuckerberg stood there talking about the matter for over an hour. Turns out that Facebook’s CEO wants to include under-13-year-olds in his social network. Of course many were quick to jump in and almost slap the idea  away. Controversy seems to be Zuckerberg’s middle name. Then again, if controversial ideas weren’t exposed, most of our ideological and technological advancements wouldn’t have occured in the first place. To be able to look at this issue as objectively as possible, let’s first look at his statement and then pull out a couple of ideas for and against it.

There are already curious Facebook users that lie about their age just to be able to enter the network– that’s just part of human nature: curiosity–. Instead of fighting something that unfortunately cannot be controlled over the net, embrace it. Thus, welcoming this age group would mean creating an area of Facebook which would be exclusive to them. Bearing educational content, Facebook would be the platform for young kids to encounter the virtual world in another way.

We’ll start out with the negative so it balances this article out. Children are more and more avid every day about technology and general life at large. As it is, Facebook has already been attacked by scams bearing viruses and improper content. Furthermore, privacy has always been a big issue as well. Today, almost 60% of users spy on their partners, and who knows what that number would look like for non-partners. Kids would not be a difficult target, especially if they fail to customize and secure their privacy settings.

If Mr. Zuckerberg may allow me this suggestion, may be it would change a bit of perspective. On a different example, Nickelodeon Network was created for preteens and teenagers. But then again, small children wanted in on it as well. Thus, Nick Jr. was born. Toddlers and young kids had their own little world that today is one of the main children’s entertainment networks in the world. What if Facebook were to do something similar? Brand out a Facebook “Junior”; a network apart, exclusively for children from the earliest age where they could type (or their parents for them) up until 12 (being that 13 is the minimum age on regular Facebook). You could truly then create a 100% educational social network as opposed to integrating them to a “corrupted” one.