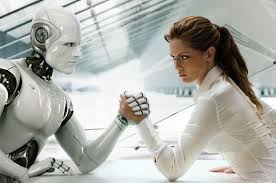 Lately there has been a lot of discussion about Internet regulation all over the world. From passing of laws like ACTA to border line civil wars, all because people don’t seem to agree on what’s right or wrong about the WWW. But let’s take this step by step since there is just so much to focus on.

First of all, as bad as written novels and Hollywood planting incredible ideas before our eyes, did we actually think it would some day come true? And if it did, how can you control rapid growth before it gets out of hand? Isaac Asimov seemed to be the only one ahead of its time by proposing the Three Laws of Robotics. And although they were from back in the 40’s and utterly directed to Robotics alone, it can also be applied to other technologies, especially the Internet. Because you see, the Internet as I see it, is a 6 billion + people forum that works just like real life: you have all the freedom and free will as long as it doesn’t hurt anyone else. So yes, to me, Asimov’s simple rule booklet can be applied here as well.

Later in life, the Internet was now available for the general public and not just for a few military organizations. Thus came the boom, and next thing you know you got people blogging about it (cough, cough). It has gotten so big, so fast that people have started to panic about losing control. Especially as we have seen so in censuring governments like recently Egypt or sometimes even China for banning certain webpages. In addition, piracy has come to an endless advantage over the “originals”; very much so that the law you just read about on top, ACTA, had to be invented. People were concerned with Facebook exposure? Think again, now you have to watch your back from every angle if this law really comes true. Why not instead of turning paranoia into the main feeling floating around the world, people could come up with new strategies? Like Lady Gaga who is selling her latest album on iTunes for only 99 cents of a dollar. Yes, the entire album. That way, her fans are happy to pay the small amount instead of downloading illegal copies.  No need for utter invasion of privacy, eh?

Lastly, just yesterday and the day before, eG8 took place in Paris. Just like the regular G8, the eight wealthiest nations of the world met in Paris for two days as to discuss the implications and plausible laws, regulations and consequences of the WWW. To finish off this vast article, I would like to agree with Jeff Jarvis on his latest BuzzMachine post: A Hippocratic Oath for the Internet. Just like doctors do, and how we live our general lives, we have an oath to what’s probably the biggest most successful and beneficial invention of humanity: the Internet. Again, as I said in a previous post, with great power, comes great responsibility.

2 Replies to “The Laws of Technology”