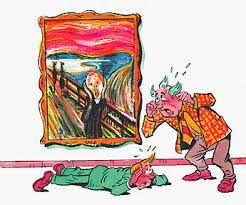 Trust issues have been alive and well since way before the Internet even began to mean something to people. Fraud, stealing and what not have been the negative part of our economy since probably the invention of the coin. However, with great advancements come even greater risks. The Internet became a tool for hackers and hoaxers to clone credit card numbers or hack into your confidential information. It has happened countless of times, even to big corporations and institutions. It’s something that we are always on the watch of.

However, as fast learners, we have come to identify spam and hoaxes as they come into our email inbox or what years before came out as pop-ups. But just as we were getting better at security thresholds, so have they. Today, some of those people don’t even try to stay anonymous. As I was reading this article, Lulz Security is a major hacker group that has managed to infiltrate thousands of users by one simple thing.

News like these have made users a bit paranoid with everything they handle over the Internet. Even Facebook’s face recognition is scary. Even when the social network is legit, people are terrified of having their face scanned by a smartphone and then basically that phone’s owner can know everything about you. Will this issue go away or will Mr. Zuckerberg triumph once again.

I can certainly see the major advantages this can bring though. If you’re hiring someone, you can immediately know that person’s professional life. But what if the wrong kind of people scan your face? Big advancements also bring big risks, but somehow we’ve managed so far. Will our luck continue?